Players MUST be registered by each club on the new FA Wales Comet System for Season 2019-20 and beyond.

Information has been sent by the FAW to each club. If you haven't received it and you have seniors at your club, please check with the seniors club secretary.

Training sessions are being provided by the FAW and each club (Senior+Junior) has up to two places which need to be booked on to.

Monmouthshire Junior Association Football League take your privacy very seriously. Our Privacy Notice sets out how we use and look after the personal information we collect from you.  All Clubs need to have a Privace Policy. 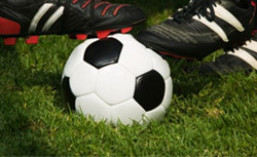 Any players who plays for Cardiff City, Swansea City, Newport County or any other Academy that is not one of the FAW status academies, comes under the FAW's one player one club rule.

They cannot play for another club in our league.

The FAW rule is that if there is no Girls League in the geographical area of the Area Association then girls, up to the age of 16, can play in mixed football. The Gwent County FA and the East Gwent Junior Youth League have abided by this rule.

Any advise that you may have been given that  stated 'girls must stop playing for a mixed team when they reach the age of 12', is misleading information.

The South Wales Girls League, affiliated to the South Wales FA, allows the few girls teams in Gwent to play in their league because there is no Girls football league provision in our area.

5 January 2015: Please note that the Full name (First & Last Name) MUST be printed on Match Report Sheets together with the 6 digit FAW number. No initials, nicknames or old Gwent County Licence Numbers should be used on the form. The FAW number has to be listed for each player that played or was named on the sheet.

Players licence applications must have the photo affixed to the card and the details completed, otherwise they cannot be processed and will be returned to the club concerned.

You can find out about the FAW legal liability policy here

Stay Behind the line!

Make it a fun, enjoyable, positive experience for young players!

All players need to be registered by member clubs on the FAW Comet system before they can play organised football.